This page contains links to a number of scientific articles on the effects of Acem Meditation. For popular articles on meditation research, please visit Acem's meditation blog. 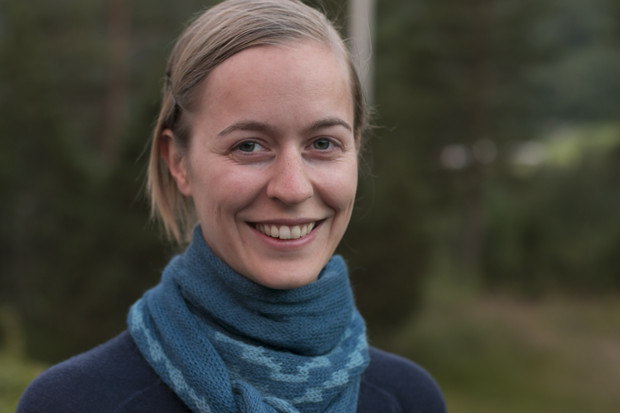 Pioneer in Acem Meditation research
The most thorough and up-to-date review of meditation research to date, Ospina et al. "Meditation Practices for Health: State of the Research", produced by independent researchers for the U.S. Department of Health, mentions 7 scientific articles by Dr. Erik Ekker Solberg, who defended the first doctoral thesis on Acem Meditation at the Faculty of Medicine, University of Oslo, Norway in 2004. In his studies, Dr. Solberg explored the psychobiological effects of Acem Meditation.

Rest without sleep with Acem Meditation
Advanced practitioners of Acem Meditation have higher levels of melatonin than non-meditators. On the other hand, melatonin levels decrease markedly during long meditation, but not during ordinary rest. These results show that neurotransmitters such as melatonin (but not serotonin, which produced the same results in meditators and non-meditators) may play a role in producing the results of meditation. They also indicate that the relaxation produced by meditation is different from that produced by sleep, when melatonin levels increase.
(See Erik E. Solberg, Are Holen, Øivind Ekeberg, Bjarne Østerud, Ragnhild Halvorsen, Leiv Sandvik, The effects of long meditation on plasma melatonin and blood serotonin, Medical Science Monitor, 2004; 10(3): CR96-101.)

Reducing fatigue with Acem Meditation
A study concludes that Acem Meditation may reduce the amount of lactate - one of the main indicators of physical fatigue - after exercise. 31 male runners were randomly divided into one group practising Acem Meditation, one practising autogenic training, and one control group that did not practise anyof the methods. It turned out that after 6 months of meditation training, post-exercise lactate was significantly reduced in the meditation group compared with the control group.
(See Solberg EE et al. Stress reactivity and recovery to a standardized exercise bout - a study of 31 runners practising relaxation techniques. British Journal of Sports Medicine 2000; 34:268-272.)

Reducing stress with Acem Meditation
Another study compared the immune system of runners practising Acem Meditation with runners not practising Acem Meditation. Blood samples were drawn before, immediately after (a measure of reactivity to stress), and (as a measure of recovery) two hours after a half-marathon race. Before the race, the meditating runners had lower lymphocyte counts than those who did not practise meditation, perhaps indicating an immune system less influenced by stress.
(See Solberg EE, Halvorsen R, Holen A. Effect of meditation on immune cells. Stress Medicine 2000; 16:185-190.)

On target with Acem Meditation
A study showed that marksmen who had learned to meditate improved their results in competition marksmanship. The control group, which had not learned the technique, showed no improvement. The study indicates that Acem Meditation reduces the level of stress in tense and demanding situations. This is obviously of benefit not only for marksmen, but for everyone who confronts stressful situations in their professional careers or other parts of their daily lives.
(See "The effect of meditation on shooting performance", by Solberg EE, Berglund KA, Engen ? Ekeberg ? Loeb M. British Journal of Sports Medicine 1996; 30:1-5)

Better health with Acem Meditation
Acem Meditation has clear physiological effects. When athletes train hard and compete, the immune system is temporarily weakened. A study indicates that runners who practised Acem Meditation for half a year, strengthened their immune systems compared to runners who had not learned to meditate. Acem Meditation reduces the unfavourable effect of stress on the immune system, not only for runners, but for everyone who experiences stress.
(See "A modulator of the immune response to physical stress? A brief report", by Solberg EE, Halvorsen R, Sundgot-Borgen J, Ingjer F, Holen A, British Journal of Sports Medicine 1995; 29:255-57)

On track with Acem Meditation
A constantly changing daily rhythm means that the locomotive engineers often suffer from sleep disorders, and they have a high frequency of heart disease. A study showed that Acem Meditation reduced blood pressure, fatty substances (e.g. cholesterol) in the bloodstream, psychological ailments, as well as improving sleep and the general quality of life. Another technique, called progressive relaxation, also lead to some of these results, but not to the same degree as Acem Meditation.
(See "Acem Meditation beneficial for stressed locomotive engineers", by Pär Westlund, Dyade 2/1993:36-51.)